Due to the economic 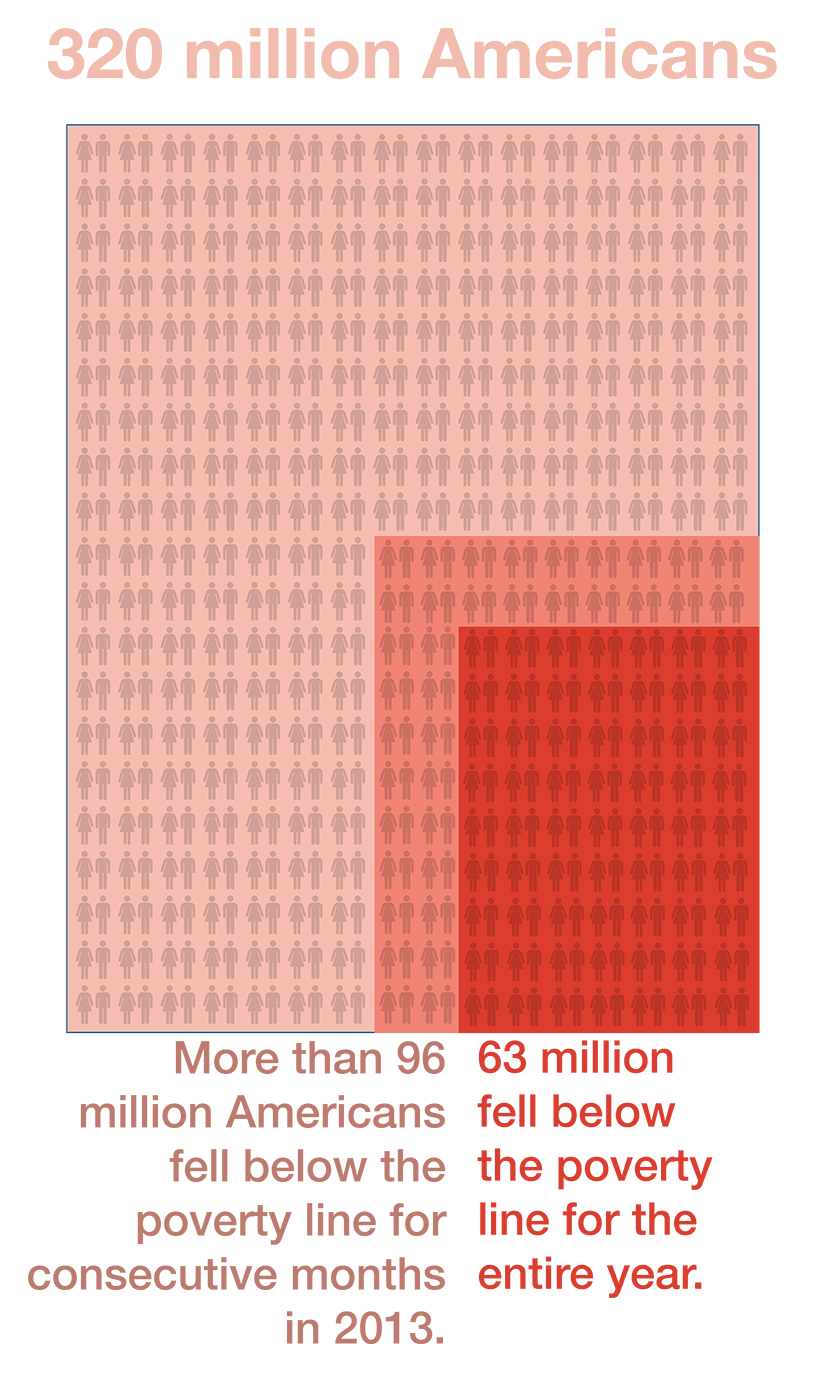 downturn, and subsequent increase in poverty, the demand for legal assistance is near an all-time high. Ninety-six million people – more than 30% of Americans – qualified at some point in 2013 for aid from the Legal Services Corporation (LSC), a publicly funded nonprofit that seeks to ensure equal justice by providing civil legal assistance to those who cannot afford it.[1] Of the 96 million people who qualified in 2013, 63.6 million – one in five Americans – fell under the LSC services threshold (125% of the poverty line: $14,363 for an individual and $29,438 for a family of four) for the entire year.[2] 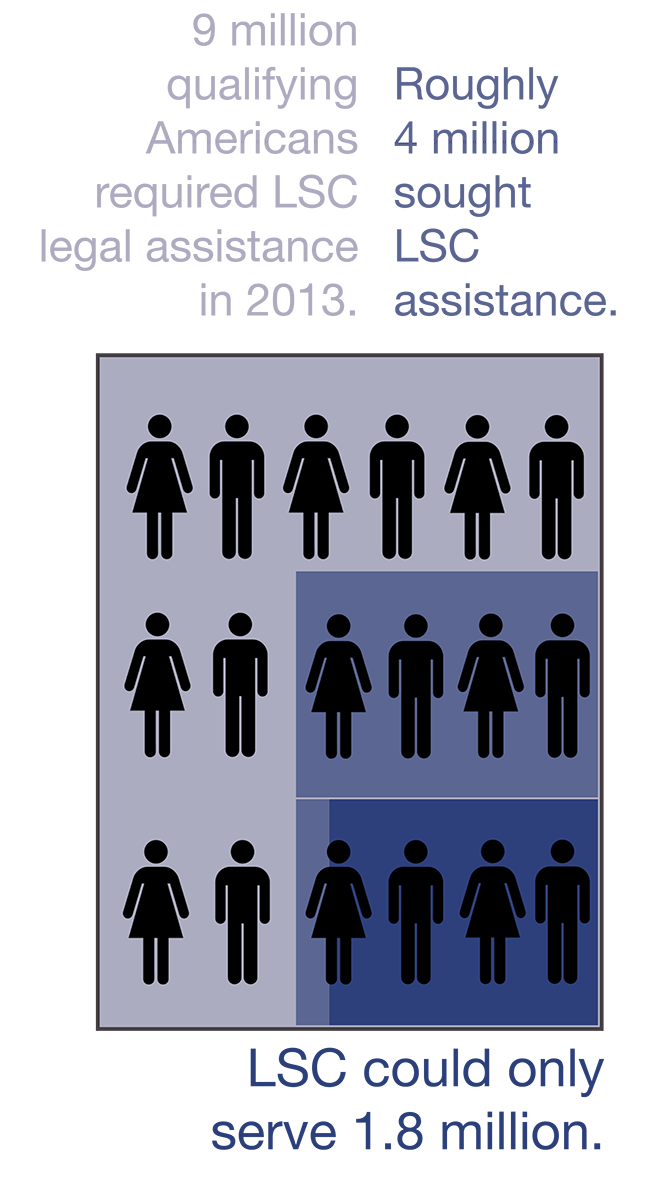 LSC-funded programs were able to assist 1.8 million people in 2013, but a substantial gap in justice persists.[3] Roughly half of the people who apply for LSC-funded legal aid are turned away, and many needing assistance never
seek out legal aid.[4] Estimates indicate that less than 20% of low-income Americans’ legal needs are being met.[5] This demand is unlikely to decline.

While advocates continue to appeal for i

ncreased funding for legal services, they also seek other avenues to bridge this gap. Corporate Pro Bono (CPBO), LSC, and others have worked to grow pro bono legal services. These efforts have led to steady gains in pro bono participation. LSC reported 10.7% of all cases closed in 2014 being attributed to pro bono work as compared to 10.4% in 2013 and 9.9% in 2012.[9] Although these gains are important, they are not enough.

For more information on how to support access to justice initiatives to reduce the justice gap, or for assistance on starting a pro bono program, contact CPBO.